Cathy Schmidt has faithfully provided the Food for Thought column in Attraction magazine in recent years. Learn more about her partnership with her husband, Brian, at Garden and Garnish.

When Brian and Cathy Schmidt worked together busing tables at the old Masthead on Mill Street in Oxford, 28 years ago, they never anticipated it was just the beginning of a long career in the food industry. Flash forward to the present where varied and enriching restaurant and catering experiences have carried them through to the present day. 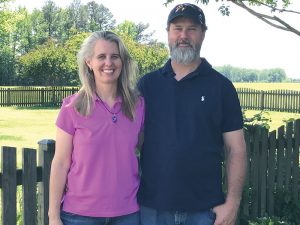 Brian and Cathy own and operate Garden and Garnish, Inc., a catering company located in Trappe. Brian dabbled in other vocations after completing Easton High School such as working the water, drafting and boatyard labor. But, through it all, he was always employed at the Masthead.

“It just kept coming back to the fact that I really enjoyed working in the kitchen. Not long after I started cooking Sunday Brunch, I enrolled in culinary school.”

After completing culinary school, Brian worked at the Tilghman Island Inn and the Inn at Perry Cabin, but quickly wanted something to call his own. So, in 1994 he opened the “The Kitchen” in downtown Easton. Cathy, however, while maintaining her restaurant work throughout the summers, went on to receive a bachelors and Master’s degree in elementary education. She worked as a teacher for five years and then found herself drawn in to what was becoming a thriving business for Brian.

“We really joined forces as a team when we started Garden and Garnish in 2001,” Cathy reminisces. “By then we had two children and it just made more sense for me to work from home. It gave us more flexibility as young parents and young business owners.”

Brian used his drafting skills to design all three kitchens he has worked in throughout the years. Their current kitchen has served them well for the last 10 years. “I don’t think there is anything I would change about the design,” he concludes. “The third time was the charm.”

With each kitchen, Brian hired local people and relied on family and friends to contribute some sweat to the construction. In his current kitchen, Brian acted as the general contractor and he had a hand in much of the inside work. “My father-in-law taught me some basic electric and my dad had taught me a lot about basic construction. We hired professionals when we needed them, but in the end it was the whole family with paint brushes in hand that finished the job.”

Once settled in Trappe, the Schmidt’s began to focus on what would enhance their business even more. Brian explains, “One thing that was natural to us from the beginning, engrained from our childhoods, was fresh produce. Both of us came from gardening families and we knew the value of fresh. We were using a farm co-op at “The Kitchen,” and have stuck with obtaining as much fresh local produce and seafood as we are able to ever since. It just makes sense.”

They mean what they say. Just outside their kitchen door is a large herb garden, which boasts several large Rosemary plants, several Sage varieties, Oregano, Parsley, Basil, English Thyme, assorted mints, Tarragon, Pansies, Nasturtiums, Chives, Cilantro and Lavender. For homemade herbal teas they grow an abundance of Catnip, Lemon Balm, Lemon Verbena, Bee Balm and Chamomile. Peek over the fence at a large raised bed that boast Blackberries, Raspberries and Strawberries and another that is packed with a variety of fresh Lettuces, Broccoli, Collards, Swiss chard, Fennel, Beets, Leeks and Sugar Snap Peas. Their main vegetable garden sits behind their catering facility, next to their compost pile. They compost all vegetable scraps and utilize them as compost for their gardens. In season the vegetable garden will produce all their tomatoes and cucumbers and most of their squash. They also grow peppers, cantaloupes and a few other vegetables. What they do not grow themselves they order from other local purveyors in the tri-county area.

When it comes to seafood, they apply the same values. “Being a part of the True Blue Program has been a prideful thing for me,” Brian explains. “I spent some time on the water in my youth and I know how hard these guys work. I also know there is no better tasting crabmeat than the Chesapeake Bay Blue Crab, so all the crabmeat I serve comes from here. It costs more than cheap imports, but it’s totally worth it for the overall taste and the local economy. Yes, my crab cakes cost a little more, but you get what you pay for.” Brian confesses he also makes a tasty perch cake with local sweet corn.

Each year they have taken on a new project to improve their environmental impact. For the last 10 years, a wonderful local couple, Mr. and Mrs. Donald Brown, takes leftovers and redistributes them to food pantries and shelters in the area. Between this service they provide to the community and composting, Garden and Garnish produces very little food waste. About five years ago they installed rain barrels that provide most of the water needed for the gardens and, just last year, the Schmidt’s installed solar panels on the roof of their catering kitchen that provides 30 to 50% of their electric needs. They also recycle all the bottles, cans and cardboard generated from their events and kitchen.

“We attribute much of our success to our support staff. Kitchen and restaurant work can tend to be transient business with employees moving or changing careers, but luckily we have held onto a wonderful core group of people, some who have been with us from the beginning. So far we have been able to fill our staff with local people who enjoy the work and the industry. That being said, we are always on the lookout for new quality, hard-working local people to add to our staff. Our staff is also on board with our environmental stewardship and will often carpool to parties.”

Without a storefront, they try to keep their name out in the community with small donations to some of their favorite causes. They are regular contributors to the Trappe Volunteer Fire Department soup days and donate to the Talbot County Public Library, Talbot Hospice, Susan G. Komen Foundation and also get their name out through advertising with local arts organizations.

From the beginning, local food brought them together and keeps them cooking and Brian and Cathy have learned a few things along the way. “We favor regional fare, but have also prepared almost any kind of cuisine imaginable and catered almost every kind of event. Garden and Garnish can be contacted at 410-820-5169, www.gardenandgarnish.com, and gardenandgarnish@atlanticbb.net. 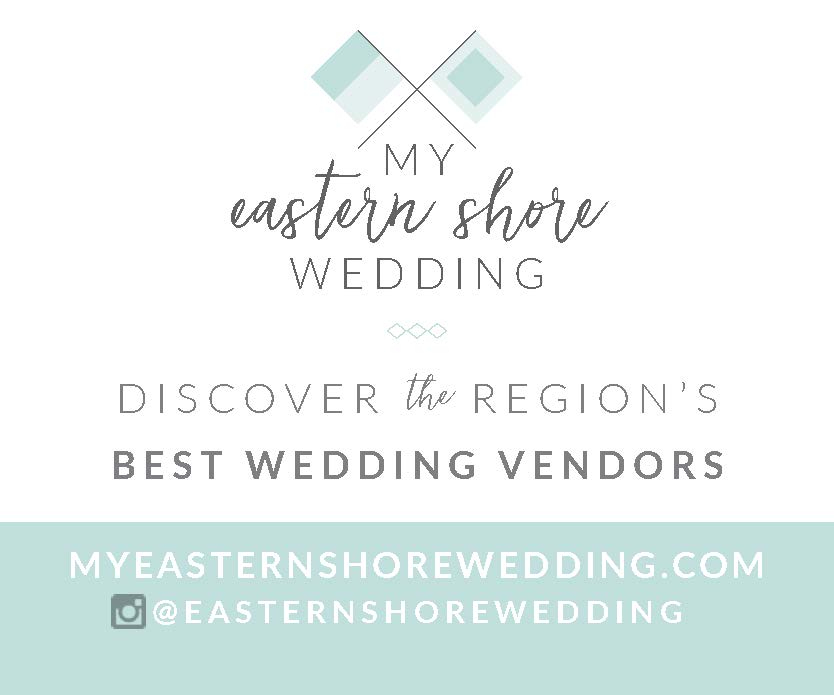