This spring the Academy Art Museum celebrates newly-renovated Museum space and a new Courtyard Entrance following a major construction project completed over the winter. The Museum will “Open New Doors” to the community on Saturday, June 20 from 11 a.m. to 4 p.m. in conjunction with the Juneteenth Community Celebration.

The Museum’s Capital Campaign, Open New Doors, builds on the Museum’s rich history of renovations enabling the Museum to expand its programming to larger and more diverse audiences. The first major renovation occurred in 1989 to 1990 after the Museum, located originally at 106 South Street, acquired the property at 108 South Harrison Street and connected the two buildings with new architecture to accommodate an expansion of the arts. The connection, known as the Atrium Gallery, would also provide the Museum with new exhibition space, as well as more room to accommodate the variety of classes and activities that it was offering to the public.

Quinn/Evans, a Washington, D.C. architecture firm, was hired to design the renovations. The firm had designed renovations to both the Octagon House and the National Architectural Museum in DC. The expansion would also create a classic courtyard that would serve as the public space as well as the Museum’s outdoor sculpture gallery, including a sculpture by world-renowned sculptor Lee Lawrie, one of the Museum’s founders. Funds for the renovations were provided in part by a $300,000 Capital Project matching grant from the Maryland General Assembly, and support from the Talbot County Council, the Easton Town Council, the Maryland State Arts Council, and the private donations.

By 2005, the Museum was undertaking another major renovation that would help accommodate its growing ArtReach program for school-aged children, as well as provide space for afterschool classes and a performing arts venue for concerts and arts events. The project entailed a complete renovation of the Thomas-Hardcastle House wing of the Museum on 108 South Harrison Street that was used for offices for administrative staff. The renovations to this wing also included the creation of two new permanent collection galleries, a music studio, and a library. A new performing arts wing was also added onto the rear of the building off of the new Atrium Gallery and included a second-floor dance studio. Museum staff was relocated as the interior of the Hardcastle House was dismantled and rebuilt for administrative offices.

In 2019, the Museum embarked on another renovation, creating the new A. James and Alice B. Clark Entrance to the Museum. This renovation has involved re-orienting the Museum’s entrance from South Street to Harrison Street. Now, as guests arrive at the Museum, they enter off Harrison Street through the re-designed Mary Lou McAllister Courtyard. Large contemporary glass panels form the new entranceway into the Museum building – creating a new sculptural element in the courtyard. Once inside the Museum, guests experience new windows in the Saul Atrium Gallery and a new visitor’s desk and Museum shop. Additional improvements include state-of-the-art exhibition lighting in the galleries, refreshed restrooms and behind the scenes improvements to HVAC and building systems that maintain museum conditions in the galleries.

The Architect for the project has been Ziger|Snead Architects of Baltimore with construction management by Willow Construction. Ziger|Snead has a reputation for high-quality design, having done a number of historic renovation projects, including the Baltimore Museum of Art, Maryland Institute College of Art (MICA), and Maryland Hall for the Creative Arts.

Steve Ziger, FAIA, Principal at Ziger|Snead Architects, comments “History is living. We believe strongly in the merits of designing architecture of our time. This project involved taking a collection of buildings of AAM of the time and period they were built and elevating the collection and bringing it into the 21st century.”

He adds, “AAM Board member Warren Cox, who championed this project from the beginning, has been my muse and mentor throughout, pushing for a high standard of design for the Museum and attention to detail.”

“Although it was a small addition, it had all of the complexities of a major addition. It has taken a lot of work to get it to look as effortless and minimal. It’s a balance to get every detail to work.”

Bellwether Design Technologies has created the 12-foot by 12-foot cube that will serve as the new entranceway in the courtyard. By having the entrance all glass, it becomes much more of a sculptural element in the courtyard. Ziger explains, “The all-glass cube is fairly new technology for an entrance. It is a small addition with heroic aspirations.”

“We were fully dependent on craftsmanship and were excited to have Willow Construction on board for this project. Having Mike Hiner, who was involved with earlier AAM renovations, on our team was invaluable.”

Steve concludes, “As architects, we believe architecture can bring people together and strengthen communities. We love being a part of the vitality of Easton. This has been a key project to bringing Easton together and celebrating what makes Easton unique.”

Museum Director Ben Simons adds, “We are delighted to work with Steve Ziger and his talented team and Willow Construction to undertake the third major building renovation in the Museum’s 62-year history. The design brings the Museum into the 21st century while tastefully honoring its historic past.”

The Academy Art Museum especially recognizes the following individuals and institutions for their leadership and generosity in the 2020 Capital Campaign: Patricia and B. Francis Saul II, Honorary Co-Chairs Bruce Wiltsie and Bill Davenport, Honorary Co-Chairs, and Campaign Chairs Jocelyn and George Eysymontt, the Estate of Judy and Erik Straub, A. James and Alice B. Clark Foundation and R. Scott and Courtney Clark Pastrick. In addition to these Campaign leadership donors, the Museum gratefully acknowledges all of the generous individuals, foundations and organizations who made the Campaign a success.

The Academy Art Museum’s exhibitions and programming are supported by the Talbot County Arts Council and the Maryland State Arts Council.

For further information on the Grand Re-Opening Weekend, visit academyartmuseum.org. 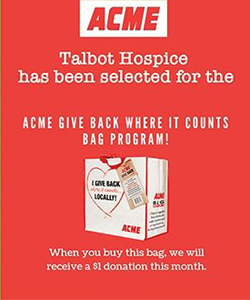