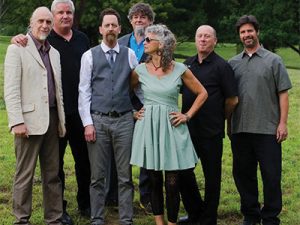 Opening for Anne Watts and Boister will be the acclaimed Lena Seikaly Trio, frequent performers at the Monty Alexander Jazz Festival; also featured with Ramzi Aburedwan and Dal’ouna Ensemble from Palestine. Lena Seikaly is a fresh voice on the national jazz scene from Washington, D.C. She is already making her mark as both a revivalist of traditional jazz vocals, as well as an innovator in contemporary vocal jazz styles.

The St. Michaels Auditorium is located at 200 Seymour Avenue at the St. Michaels Middle and High School. Tickets are $10-25 (general admission, sliding scale: pay-what-you-can) and are available for purchase at the door. The show is free for children and students ages 18 and under.