“Money doesn’t grow on trees!” How many times have you heard that expression? Probably more than you can count with a substantial number of those times coming from your parents, when you left the lights on all over the house or took an extra-long shower. So, what if I told you that money really just might grow on trees, and it’s all in how you view what money is, or what represents money.

After all, in America’s earliest beginnings, the tobacco grown in our new colony had such great value that it was used as a commodity crop that was deemed as good as money itself. Yet, tobacco came from the ground – you could grow it. If money really did grow on trees, how much would we grow and harvest? Would we harvest just what we needed or would we take as much as we could as often we could? What if there was leftover money, what would we do with it, would we share it? Throw it out? Compost it? These may seem like silly questions to ask, but in the United States, where an estimated 35 million tons of food is wasted each year, these are questions that need to be asked.

According to a recent Washington Post article (September 23, 2014), “Roughly a third of the food produced worldwide never gets eaten. The most obvious problem with this waste is that while Americans are throwing out their food, an estimated one in every nine people in the world still suffers from chronic hunger; that is, “insufficient food.” According to the USDA, even in the United States, where that number is significantly lower, some 14 percent of U.S. households still struggle to put food on the table for a portion of last year. The level of food waste suggests that curbing hunger isn’t a matter of producing more food so much as better preserving and distributing the food currently being produced. The United Nations reports there is actually enough food to feed all seven billion people living in the world today. 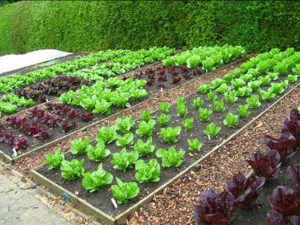 What can you, the American consumer, do to help? Here are some ideas:

1) Start eating the food that is hiding the back of your freezer. Let’s be honest, have you ever cleaned out your freezer and thrown half the food away because it’s old and freezer burned? Start rotating the items in your freezer, move the food in the back to the front and start eating it. Don’t buy more food until you’ve eaten a decent portion of your stockpile. You might be surprised how long it takes you to work through this. Think of how much money you will save at the grocery store while you are thinning out your freezer.

2) Now, how about the pantry? Are some of your canned goods expiration dates still acceptable, but need to be consumed? Are there some items in your pantry you don’t think you will use? If so, donate them to a local food bank. What about those ingredients you bought to try a new recipe that is just sitting there on the shelf. Now is the time to try that recipe.

3) Open your refrigerator. I’ll bet there is something hiding in the back that should have been thrown out about a week ago. Throw it out and then ask yourself, why didn’t I eat this when it was fresh?

4) Start planning your meals with the intention of using all that you buy at the grocery store before it spoils. One way to help accomplish this is to eat leftovers. Yes, leftovers for lunch; it’s like getting two meals for the price of one and think of all the money you will save by not buying expensive lunch meat.

5) Share. If you are lucky to find a buy one get one deal on a five pound bag of oranges, and know you will never eat them all before they spoil, give the extra bag to a neighbor or friend.

6) Recycle your food. We recycle glass, aluminum, plastic and other items, so why not food? Composting is a great way to recycle your fruit and vegetable food scraps. Use the compost to grow the best tomatoes you will ever taste.

The expression “money doesn’t grow on trees” comes from the implicit understanding in our culture that money must be earned and is not freely given. So with this in mind, there are many ways to earn money. There is the traditional way of getting a job and earning a paycheck and there is also bartering or trading for what you may need, which certainly predates the modern paycheck. However, I believe that one of the best ways to earn money is to grow your own. If we put not only monetary value on food, but also community value on food, then yes, money and respectively community connectivity really does grow on trees, bushes, stalks, and vines.

Investing in a pack of seeds or a four-pack of tomato plants is a small investment, but the return can be tremendous. As yields will ultimately vary depending on water, sunlight, and the richness of the soil, even with a conservative estimate of investing $1 on one tomato plant and assuming that plant produces a conservative minimum of 10 pounds of tomatoes – that’s a tremendous return on a small investment. (Current supermarket costs average $2.99 a pound for tomatoes, if you grow your own and assume the investment model above, you would be paying only 10 cents per pound). I would be negligent if I did not factor in the time to maintain your plants and the cost of water – but hey, have you heard of rain barrels? Rain barrels are one way of watering your investment for free.

So let’s be optimistic and assume you grow a few tomato plants and all the sudden you have so many tomatoes you can’t possibly eat them all. Here’s where preservation and distribution come into play so there is no waste. Get out the mason jars and can the tomatoes. You can also freeze tomatoes or simply share them with others while fresh. Still have so many tomatoes that they are rotting on the vine? Compost; as the old adage goes: “Waste not, want not.”

Cathy Schmidt writes from Trappe where she and her husband Chef Brian Schmidt own Garden and Garnish Catering and Rootin’ Tootin’ No Gluten Foods. They have four children, of which three are Gluten Intolerant. The family also lives with two severe nut allergies and a fish/shellfish allergy. Cathy loves to garden and cook from scratch.