When Talbot Interfaith Shelter (TIS) opened its doors in January 2009 in various churches in Talbot County, its vision was that no one in Talbot County would ever have to spend a night on the streets, in a car or in the woods because he or she cannot find housing. As a voluntary interfaith-based service organization in Talbot County, the organization is dedicated both to providing safe, temporary shelter to men, women and children who lack adequate housing, and to raising awareness of the issues of homelessness in our community. 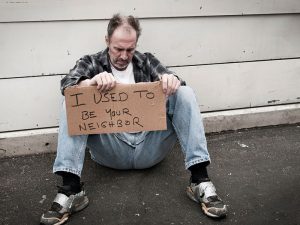 For five years, the shelter was a “homeless” homeless shelter, rotating cots, blankets, supplies and support through Talbot’s faith congregations, including St. Mark’s United Methodist Church, Christ Church Easton, Christ Church St. Michaels, the Unitarian Universalist Fellowship of Easton, Third Haven Friends Meeting, St. Paul’s Lutheran Church Cordova and the Temple B’nai Israel. Teams of volunteers from 19 faith communities came together to bring hot meals, drive shelter guests to showers at the YMCA, make bagged lunches and spend time with the shelter’s guests. Shelter guests had to leave each morning and return again in the evening to allow the churches and synagogue to conduct their normal schedules of day school and outreach meetings.

Executive Director Julie Lowe comments, “While the shelter was initially designed to serve individuals, we soon learned that we needed to fill the gap of providing a safe haven to families in need. On our first day in 2009, a family of four came to one of our shelters and instantly filled our capacity of only five spaces. Due to fire code restrictions in the houses of worship, we were able to house only five individuals each night.”

According to Julie, this restriction, and the fact that the organization was unable to provide daytime shelter, made it practically impossible to help families in the faith-based rotating shelter model. Since the need for housing far surpasses this restriction, the group began investigating buildings and properties with an eye toward a permanent facility that would allow them to function year round. At the same time, Talbot Interfaith Shelter began supporting one family at a time in an apartment rented to them in 2011.

After looking at various properties in Easton, the organization began to negotiate with the owners of the Easton’s Promise Bed and Breakfast to purchase their property at 107 Goldsborough Street as a permanent home in early 2014. The facility is located in the heart of Easton, within walking distance of many of the services Shelter guests need. An “angel donor” from Talbot County offered to cover half the purchase price of the building if Talbot Interfaith Shelter could raise the funds for the rest. The furnished building is configured perfectly for a Shelter, including six en suite bedrooms, large dining and living areas, and space for a commercial kitchen.

According to Julie, with an ever-changing population of men, women and families with children, having six private rooms with their own bathrooms enables the Shelter to serve any combination of individuals who present at any moment in time. Families with children are on one floor, homeless single men are on another floor and, by locking hallways and individual rooms, safe shelter can be secured for everyone. The new building can serve up to 15 individuals at a time – three times the shelter’s original capacity.

In October 2014, TIS signed a lease to operate at 107 Goldsborough Street in Easton and opened its doors for the first time on November 30, 2014. The Shelter went through a lengthy Board of Zoning Appeals process and received permission from the Town of Easton in August 2014 to operate its shelter at this site. Since that time, the zoning has continued to be challenged and currently there is an appeal in the Circuit Court by a group of Easton residents. Despite the fact that a decision on that appeal is still pending, the Shelter continues to operate at nearly full capacity.

Talbot Interfaith Shelter received the Special Exceptions Permit from the Easton Board of Zoning appeals in July 2014 to operate the shelter at 107 Goldsborough Street. Negotiations to purchase the property began and a contract to purchase the property was signed. Notice was given in August 2014 that a group of Easton residents had appealed the decision to the Circuit Court. The owner of the property allowed TIS to lease 107 Goldsborough Street until the legal matters were resolved. Talbot Interfaith Shelter opened its doors at Easton’s Promise on November 30, 2014, welcoming in a family of three and several individuals that first week. The Circuit Court of Talbot County affirmed the decision of Easton Board of Zoning Appeals in March 2015 and the same residents appealed the decision to the Maryland Court of Special Appeals. The decision is still pending on the Court of Special Appeals’ case which was heard on January 4, 2016 and Talbot Interfaith Shelter continues to operate at nearly full capacity.

Julie comments, “Talbot Interfaith Shelter is confident that the Board of Zoning Appeals’ decision to allow us to operate in the heart of Easton will stand and we will be able to move ahead to purchase the property.”

The organization is undertaking a capital campaign to raise the funds needed to purchase and maintain the building and operate a year-round shelter. According to Julie, the new focus will be on families, which are the fastest growing population of homeless people in the county. There are no other shelters in Talbot County that are year round and able to take in families. In its 2015 Fiscal Report, Talbot County Public Schools identified 165 homeless children in the county.

“These are families who have experienced divorce, abuse and major illness. They are living paycheck to paycheck and they often have nothing left but their children when they come to us.”

The organization offers case management and assistance to help selected families get back on their feet and find their own independent housing. Today, the organization has expanded this aspect of its mission and currently supports three families in the year-round family housing program. A part-time Operations Manager provides case management and direction for shelter guests and apartment residents and a part-time Executive Director develops relationships in the community and oversees the staff and operations of the shelter and off-site housing.

Julie reflects, “Since we opened our doors at Easton’s Promise, we have served and supported 18 families and 100 persons (including 36 children) at “The Promise” and in our apartment lease program. On average, the Shelter supports 11 residents a day. We have provided almost 9,000 days of support and nights of shelter.  Our volunteers have served over 4,000 meals to our guests at Easton’s Promise.” She adds, “These are just people who have hit on hard times. They want to get back on their feet. By providing respite from their bills and a stable environment, we can help them do that. It’s demeaning to be in this position, especially with children. We just want to say, ‘It’s ok, you are welcome here,’ and help them feel safe and supported.”

Talbot Interfaith Shelter is currently looking for more apartments for transitional housing for its residents. They offer pre-screening of tenants to assure the residents transitioning to the apartments will be good tenants. In addition to the need for apartments, the Shelter is putting together 31 teams that will staff the Shelter’s volunteers for each day of the month. It is open from 5 p.m. to 10 a.m. Monday through Saturday and all day Sunday. Volunteer shifts run from 7 to 10 a.m. and from 7 to 11 p.m., as well as a dinner shift. Churches, nonprofits and businesses are taking team roles, with volunteer leaders coordinating each team’s volunteers.  Talbot Interfaith Shelter is asking teams to make a one-year commitment of service. Finally, the Shelter is looking to people to sponsor fundraisers to support capital expenses for the house.

“We are unbelievably fortunate to have the support of more than 400 incredible volunteers, who will continue to provide meals and companionship for our guests. As we will be operating year-round, and will eventually have more guests, we will need much more assistance, both in volunteer hours and financial support,” states Julie. It costs $27 per day/per person to house an individual at the Shelter. If an individual or an organization would be interested in volunteering or fundraising for Talbot Interfaith Shelter, contact Julie Lowe at 410-310-2316 or visit talbotinterfaithshelter.org.

Talbot Interfaith Shelter is an interfaith organization sponsored and operated cooperatively by different religious faith groups who respect the individuality, confidentialit, and privacy of guests. It is open to individuals of all races, genders, ethnic backgrounds, nationalities, sexual orientations and religions, providing a safe and secure environment that is smoke, alcoho, and drug free. The Shelter offers as much support as it can and is active in referring its residents to services in the community, collaborating with local health, mental health and social service providers, with the goal of helping them to become self-sufficient. Guests are accepted on the basis of their ability to meet these standards and the ability of the Shelter to meet their needs with the Shelter’s resources.