The newly formed Eastern Shore Community Rowers launched its first season on March 18 with a row out of its Port Street headquarters in Easton at Evergreen, located at 770 Port Street.

Bitten by the rowing bug, a founding group of about 25 rowers launched a non-profit rowing club, purchased and refinished three rowing shells to start and are ready to hit the water. President Chloe Tong, who got her start with the youth program Freedom Rowers, extended her experience in a master’s (adult) rowing club in Australia. Now back in Easton, Chloe’s infectious enthusiasm has started a whole new club.

Under the heading of Rowing for All, ESCR hopes to share the enthusiasm by inviting anyone interested to try out for this multigenerational sport, which promotes personal excellence and takes advantage of our wonderful waterways, underscoring the appreciation of preservation of our natural resources.

As well as the early morning rows, to accommodate working adults, ESCR will offer scheduled Learn-to-Row Saturday mornings throughout the summer for anyone interested. “The only criteria, says Board Safety Officer and registered nurse, Terry Gleim, is that you be able to swim and be able to properly hold an oar [about 14 years old].”

“ESCR is open to anyone interested in having fun, getting healthy and appreciating our beautiful waters,” says Penelope Dwyer, a founding member who is passionate about the environment as well. “The health of our rivers, as well as personal health, is an intrinsic element of our conversation.”

As a non-profit, 501(c)3, Eastern Shore Community Rowers is raising money through private donations, grants and modest memberships dues needed to fund the additional boats and necessary equipment for next year’s rowing season.

Board Vice President, January White, expressed his gratitude to the organizations and individuals who have already participated. “We are deeply grateful to Evergreen for allowing us to use their property. We are also thankful for the donations from private donors who have contributed in several ways, as well as Atlantic Broadband, the Chesapeake Bay Maritime Museum, East Point Marina and Stoltzfus Outdoor Living,” January said.

For more information on membership and Learn-to-Row schedules, contact Penelope Dwyer, pend@aol.com, or visit www.ESCRowers.org or Eastern Shore Community Rowers on Facebook. Learn to Row clinics will be held on the first Saturday of each month at 9 a.m. on April 1, May 16, June 3, July 1, August 5, September 2, October 7 and November 4. 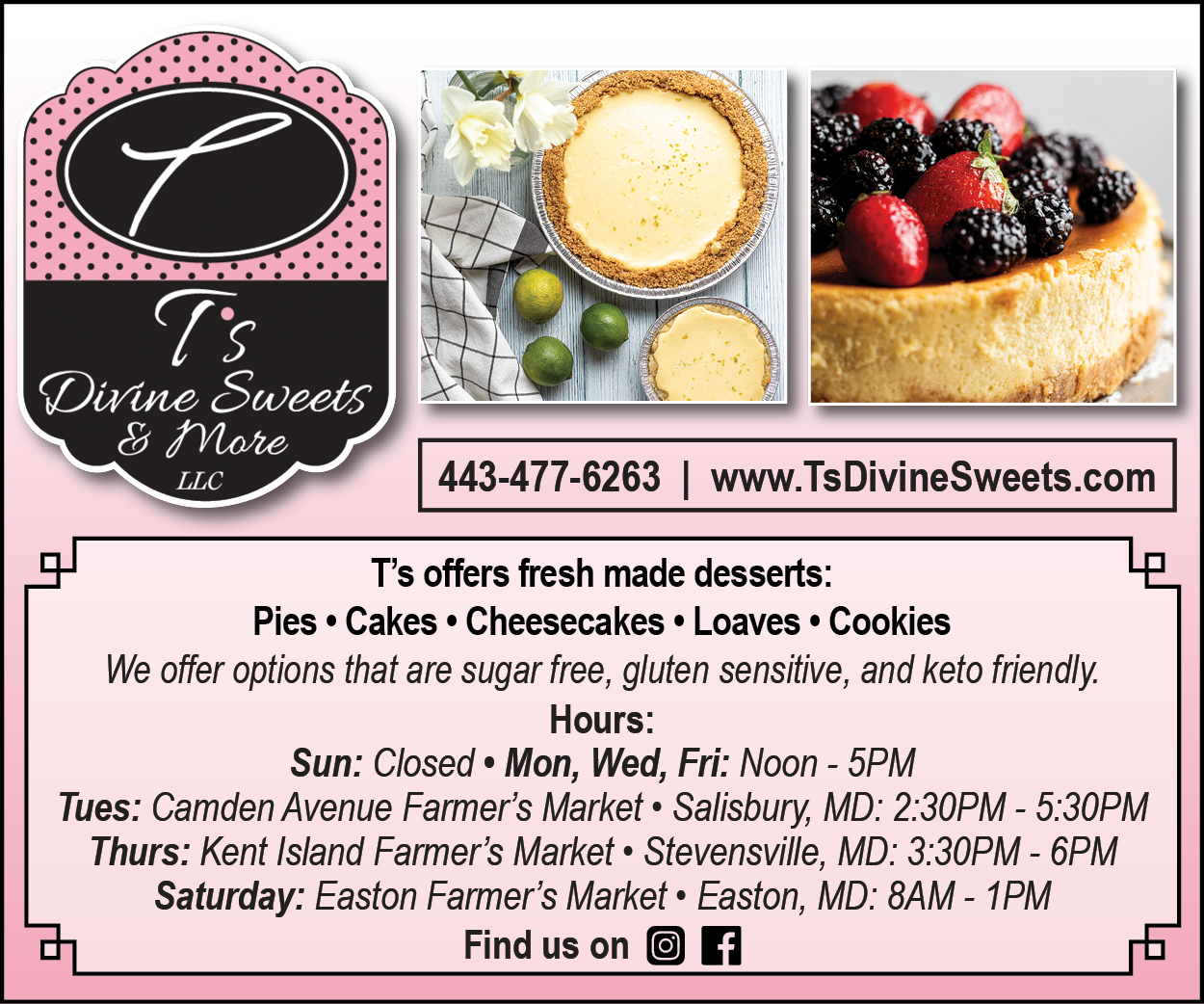