The Harriet Tubman Underground Railroad Byway is a 160-mile route through Caroline and Dorchester counties and into Delaware on the DelMarVa Pennisula. Along the way, it tells the stories of Harriet Tubman and others who found their way from enslavement to freedom.

The network of people, places and routes that helped slaves escape came to be known as the Underground Railroad, named after the steam locomotives of the early 19th century. Secret operators adopted code words – conductor, agent, station and passenger – to avoid discovery and harsh punishment. Because Maryland bordered the free state of Pennsylvania, it was a hotbed of Underground Railroad Activity.

Harriet Tubman was born in Dorchester County in 1822. She escaped to Philadelphia, Pennsylvania in 1849. Wanted by law enforcement and slave catchers, she repeatedly returned to rescue at least 70 family and friends. The Tubman Byway takes visitors to places that Harriet knew well. Some of these are landscapes little changed from her time. Other areas relate singularly important events in her life.

Find interpretive markers, buildings and exhibits to make the stories come to life. There is also a free audio tour to accompany the driving tour available at iTunes and Google Play.

There are 46 important sites along the byway, including the Harriet Tubman Underground Railroad State and National Parks and Visitor Center, the Bucktown Store, Choptank Landing, Linchester Mill, William Still Family home and Webb Cabin. The Tubman Byway is a self-guided driving tour that winds for 125 miles through the beautiful landscapes and waterscapes of Maryland’s Eastern Shore. It is the only place in the world that preserves and interprets the places where Harriet Tubman was born, lived, labored and from where she fled. 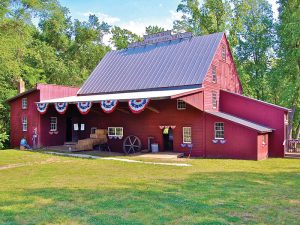 Whites and blacks worked side by side at the Linchester Mill in Preston, providing a constant flow of information and support to freedom seekers. 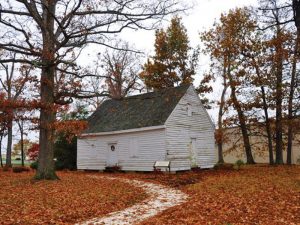 The Tuckahoe Neck Meeting House, located in Denton, was built in 1803 and was one of five Quaker meeting houses in Caroline County whose members sustained a local Underground Railroad network.