We’ve all seen the commercials – the smug, weed-free neighbor pitying the frantic, weed-menaced neighbor who is clearly in agony pulling out ferocious and terrifying weeds. The choice is obvious. Tear out all our hair along with weeds or use the magic-in-a-bottle like the smug neighbor. 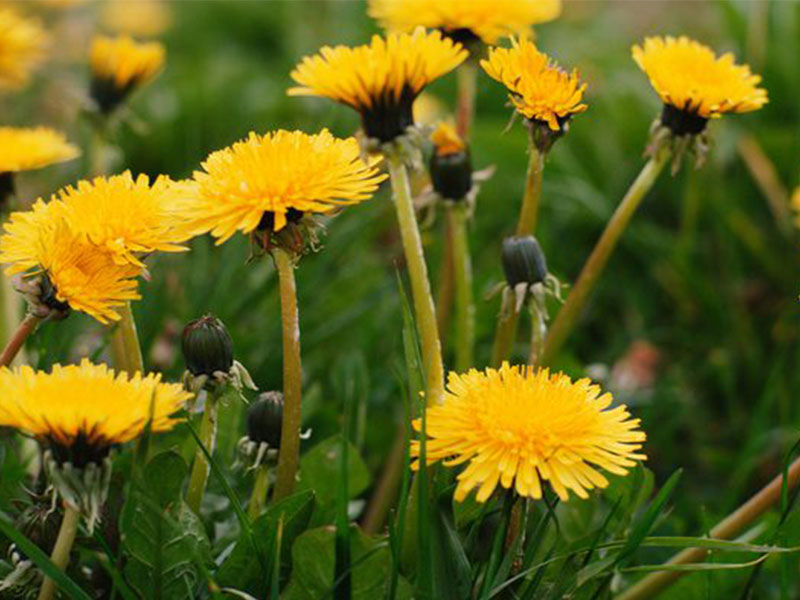 Most of us shop with glowing eyes for the magic-in-a-bottle; who doesn’t hate weeds, and who doesn’t want to just spray magic weed killing potion that only hurts nasty weeds and doesn’t hurt nice butterflies and birds?

Farmers love the magic elixir, too. On a farm, weeds do more than just annoy the OCD neighbor who complains if your garbage can lid is on backwards; weeds can take out their entire harvest. This is a concern for all of us. The crop fails, we all starve together.

And to think weed spray was originally invented as a corrosion inhibitor. Lost to history is its ability to reduce corrosion, but that’s what Monsanto’s John E. Franz was working on when he found that glyphosate prevents the production of plant proteins, which kills the plant. Amazingly, all it takes is to inhibit the production of one enzyme – one little enzyme – to change the world.

Better, animals don’t have that enzyme. So, glyphosate looked like the perfect, absolutely perfect, weed killer. Kills what you spray it on, doesn’t kill cute birds and fish and cows. A dream come true for the world. Inhibit an enzyme…one little enzyme…

Most of us know the common store brand of glyphosate as Roundup. Touted as safe for wildlife, it became the darling of the landscaping and farming world, to the point that nowadays food plants are bred to be glyphosate hardy so that farmers can freely douse their fields and never see a weed. The plants are, quite obviously, Genetically Modified (GMO).

Glyphosate’s use to mankind rivals penicillin for life and society changing effect (and that’s before smug neighbors got involved). It’s an old adage, but a true one; “if it sounds too good to be true, it probably is.” Glyphosate is good, alright, very good at killing weeds. But it’s just not “harmless to anything but weeds.”

Glyphosate – that wonderful, makes-you-smug weedkiller, is absolutely harmful to wildlife as well as humans. The little enzyme, EPSP synthate, isn’t found in animals; it works, in animals, insidiously, interrupting Vitamin A (Retonoic Acid) pathways, causing cancers, birth defects and DNA malformations, as well as changing the bacteria in the gut, with unknown ramifications.

Want to have a glyphosate free yard? How can we get rid of weeds without this scary chemical? There are several ways; take your choice.

Pull them out. This first option is obvious. Use your hands or tools. This is work, but it’s also exercise. Gardening is a tried and true method of weight control. It’s free and it works. If you don’t like exercise, try one of the following options. They’re not as effective as glyphosate, but they’re good, and can help you with weed management without causing cancer.

Vinegar. Ordinary vinegar is useful but requires the addition of soap to hold it on the leaves when you spray. Look for a brand that advertises “99 ½ percent pure soap” such as Ivory Snow.  Purchasing the flakes make it’s easy to mix SLOWLY with the vinegar in a bucket to emulsify the soap; pour or spray on weeds. You only need a small amount, like ¼ cup, of soap for a gallon of vinegar.

Many homemade weed killer recipes online call for dish cleaner (Dawn). This is a detergent and not soap. When it comes to plant sprays, we take advantage of soap’s bubble making ability. Those bubbles actually surround the (in this case) vinegar and release it onto the leaf. It also leaves a curd there, which cuts off some “breathing ability” of the leaf.

Epsom salt, also touted as part of a vinegar-based weed killing formula is more likely to improve the plant’s health than hurt it, so it’s not necessary. Vinegar + soap = efficient weed killer. This will kill the leaves, but not roots; just spray again when the leaves re-appear. Eventually the plant will die. As long as it’s not raining, any time of day is okay to spray this homemade solution.

Flame thrower. These can be quite fun, but they are dangerous, especially around children and dry mulch. It’s great on gravel. Landscape supply stores often have these available; ask for an adaptor to attach it to a small propane tank rather than the big tank for the grill. Again, this kills the leaves, but not the roots. This is so much fun you may be quite delighted for the chance to go after the weeds again.

Super mulch. Place old newspapers, cardboard, or other recyclable paper under other mulch. This is not at all healthy for worms and other things we’d like in our soil as it blocks oxygen, but it does help keep back weeds for a year or two.

Or, you can decide that a weed or two is just fine.

Maureen Rice is a Master Gardener in Talbot County. A lifelong naturalist, she enjoys writing and research when she’s not playing in the dirt.