In my early teenage years, a friend and I decided we were going to surprise our families with homemade taffy for the holidays. While my mother was off at the grocery store, we found a recipe and began our taffy journey. We read about candy thermometers, gathered equipment and assembled ingredients. In the beginning of the process we felt so confident, so enthusiastic, so empowered with our project. In the midst of preparations, we discovered light corn syrup was “out of stock” in my mother’s pantry. We decided to surge forward anyway by finding a substitute. We settled upon corn starch because, well, it had corn in the name – so therefore it must be similar. Once ingredients were combined, nothing seemed to go right, we laughed uncontrollably when the taffy never turned into taffy and ingredients were discarded before my mother arrived home to witness the mess. My friend and I still reminisce about the taffy disaster to this day, but I wonder if we would still remember this event 35 years in the past if it had gone as perfectly as planned.

In my 20s, I experimented with plum pudding for Christmas dinner. In my first attempt, I struck gold with a Bon Appétit recipe but, being one to mix it up, I vowed to try a different recipe every year. The following year, in an effort to take it down a notch, I tried a recipe entitled, “Poor Man’s Pudding.” It called for shredded carrots, flour and suet, among other ingredients, and was to be boiled in a coffee can. If I had really paid attention, I would have noticed the recipe did not call for sugar, spices or eggs – so in my estimation it was most likely doomed from the start. I scooped the mixed ingredients into a Maxwell House coffee can and put it on the stove to cook. It wasn’t long before something went terribly wrong and the can released a horrid smell that permeated the entire house. It smelled the opposite of Christmas and was ejected out the back door onto the driveway where it laid on its side, continuing to smoke for hours. In subsequent years, I tried other plum pudding recipes, some were good, some were not, and a few puddings I tried to light on fire for effect with my grandmother’s 40-year-old scotch – those went over well. With each passing year, the pudding trials became part of the holiday, foreshadowed in the weeks prior by the comedic uneasiness of my family’s yearly comments about the dessert. Perfect was not expected, but an adventure was. 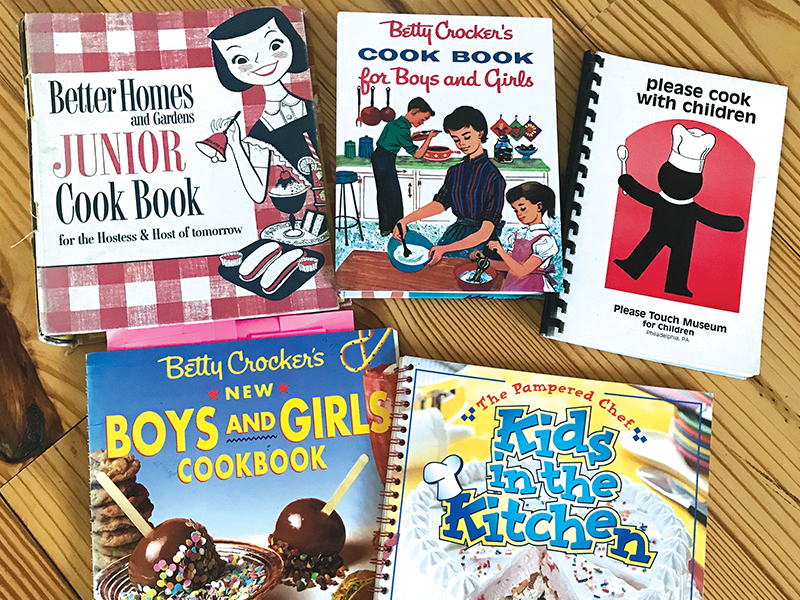 When my children were young, I had two Christmas trees in my house, one that my children decorated and one embellished by the adult eye. The children’s tree always had sections where eight red balls were jammed into one square foot of tree; and these “bunches” were surrounded by green gaps littered with angelic figurines. Until the children grew taller, the top remained fairly void of color except for the angel. A small white angel with a single soft white light graced the peak and was perched aloft by tiny hands lifted there by the arms of a grown up. Admired by all who laid hands on it, my children couldn’t help but reposition and adjust the tree ornaments as they saw fit. On average, we lost about a ball a day due to excessive care of the Christmas tree. Truly, we learned to leave a dustpan and brush next to the tree ready and waiting for the daily disappointment. Under the tree was a village of little houses and shops arranged and rearranged often to suit the story of the moment. A Lionel train made the journey around the tree briskly, stopping once per loop to pick up passengers anxious to get home on Christmas Eve. Of the two trees in the house, this is the one my children will remember; and, in their adult lives, this is the tree they will recall was “perfect” in every way.

This nostalgia of appraised perfectness is a phenomenon that is very pervasive in the category of holiday food. If you stop and think about it, it’s the taste of holiday food we reminisce about, it’s rarely about how something looked. “The turkey may have looked beautiful, but it was dry as a bone!” Looking back at my holiday favorites, I don’t recall how certain dishes looked, in particular. The visuals are fuzzy, but there is something about a taste memory that makes me warm and fuzzy inside. Take, for example, the holiday tradition of cookie decorating. Over the years, my children have spent hours decorating gingerbread men, lathering them with icings of every color and bathing them in colored sugars. Some cookies had unusually large raisin eyeballs and others became limbless in the furry of creative cookie beautification, but, when the flour and sugar dust settled, red dye #40 smiles spoke volumes. These cookies were not contenders for any baking contest, and while they were far from “perfect,” they were winners in my children’s eyes.

It is perhaps because my children are getting on in years that I am looking over my shoulder and seeing how ridiculous attempts at perfection can be, especially during the holidays. When it comes to cooking, children need to experiment, and experimentation is messy. Eggs roll off the counter, flour dust flies, and milk gets spilled. Thankfully, with thoughtful, careful and patient instruction, cooking skills will improve with practice, and there is no better time to start than during the holiday baking season.

One of the best ways to introduce your child to cooking is with a few accoutrements that will make them feel like a cook. Just as one outfits their child for a sport, you, too, can prepare them to do their best in the kitchen. My children were given four things when they started learning to cook: a children’s cookbook, an apron, a small paring knife, and a rolling pin suitable for small hands. With a variety of cooking apps these days, a cookbook may seem old school but I have my reasons. First and foremost, spilling ingredients on a cookbook is much more forgiving than on an expensive tablet. Secondly, children’s cookbooks have easy recipes a child can manage. Simple recipes like scrambled eggs, applesauce, fresh buttered green beans, or grilled cheese yield a quick sense of accomplishment. Young cooks experience success when kitchen creations are obtainable for young minds, hands and attention spans. Children’s cookbooks will often have sections on the basics like labeled pictures of kitchen tools and equipment, how to measure, kitchen math, and safety tips. They will also feature “special occasion” sections, where easy sugar cookies, chocolate fudge, and taffy (yes!) are found.

One year, what started out as a gingerbread house ended up as a small town. It took us an entire weekend, the kitchen was a mess, one of the roofs caved in, but the candy cane walkway was charming. Everyone that entered our house that December was ushered directly to view the gingerbread village, which would casually lose a few pieces of candy each day to mysterious house elves. With my youngest children entering their mid-teen years, I quietly fear that the 3D sugar cookie reindeer team in the North Pole forest we constructed last year may have been our last high intensity, messy holiday cooking extravaganza. I may leave a jar of sprinkles under their pillow in early December as a hint of what may be to come. With any luck, they will grab a rolling pin and join me for a day in the kitchen – that’s bound to be perfectly imperfect