Mel Rapelyea, Vice President, Garfield Center for the Arts Board of Trustees said “We are destined to bring a variety of art productions to the Garfield that appeal to the diversity in our community. Steve’s experience and familiarity with this area, we feel, will bring us closer to this goal which reflects our mission.”

Arnold is very familiar with the Eastern Shore theatre community as he was formerly the Executive Director at Church Hill Theatre. During his time there, he directed 2008’s Once on this Island, 2009’s Triumph of Love and 2010’s The Eight: Reindeer Monologues and Jacob Marley’s Christmas Carol. He is probably most remembered for the highly successful production of The Rocky Horror Show also in 2010.

Arnold hopes to continue his past efforts to connect with the arts community, share resources and build relationships between producing organizations and to bring new collaborations and cooperations to the Garfield and local arts community.

Arnold has worked in the field of theatre and community arts at a number of venues before and following his time at Church Hill Theatre including Woodford Theatre in Kentucky and The Mansfield Playhouse in Ohio. Originally born in Dayton, Ohio, and a high school graduate of Severna Park Senior High School, in Severna Park, Maryland, he holds a Bachelor of Arts in Theatre degree from The Ohio State University.

As a co-founder of Live Playwrights’ Society (with Lucia Foster and Mark Sullivan), Arnold continued to participate and premiere original works in the Garfield’s annual Short Attention Span Theatre 10-minute play festival, even from afar.

“The idea of coming back to the Eastern Shore and reconnecting with its passionate and talented Arts community is a dream come true for me,” Arnold said. “Of all the places I’ve lived in and pursued my work in the Arts, my time on the Eastern Shore felt most like home. And to come back to work on behalf of the Garfield Center for the Arts, an organization I have long respected and admired, is even more exciting. It’s wonderful to return to a community that I know and love, but to be a new leader in the Garfield’s long and distinguished historical and cultural heritage is icing on the cake.”

Along with his Executive Director responsibilities, Arnold will continue to spearhead the Garfield’s highly regarded Playmakers’ Summer Theatre Camp. Growing the Garfield’s volunteer base, expanding community outreach, and building strong relationships with other leading arts organizations will also be a priority.

Arnold, who now resides in Chestertown, began work at the Garfield on January 6. The Garfield Board will hold a “Meet & Greet” from 5-8pm on February 7, 2020, during Chestertown’s First Friday to introduce Steven Arnold and highlight volunteer opportunities at the Garfield.

“I’ve always believed that volunteerism is the life-blood of non-profit organizations and the friendships and camaraderie formed make the theatre a home for everyone – so please come join us!” says Arnold. 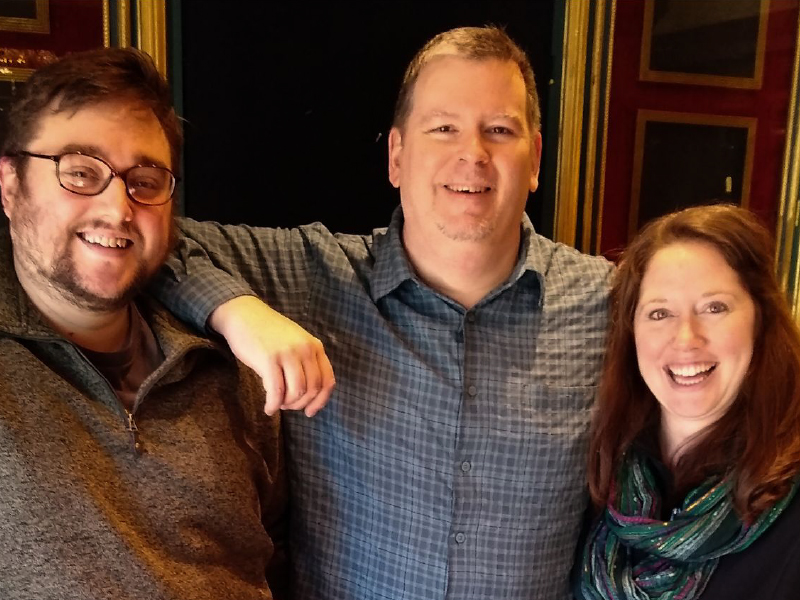