Waterfowl Chesapeake is excited to announce that the restoration of the historic steel frame windows at the Waterfowl Building is complete. The intensive $100,000 project was funded by Maryland Historical Trust’s Historic Preservation Capital Grant Program back in 2018 and was one of only seven projects funded that year across the state. 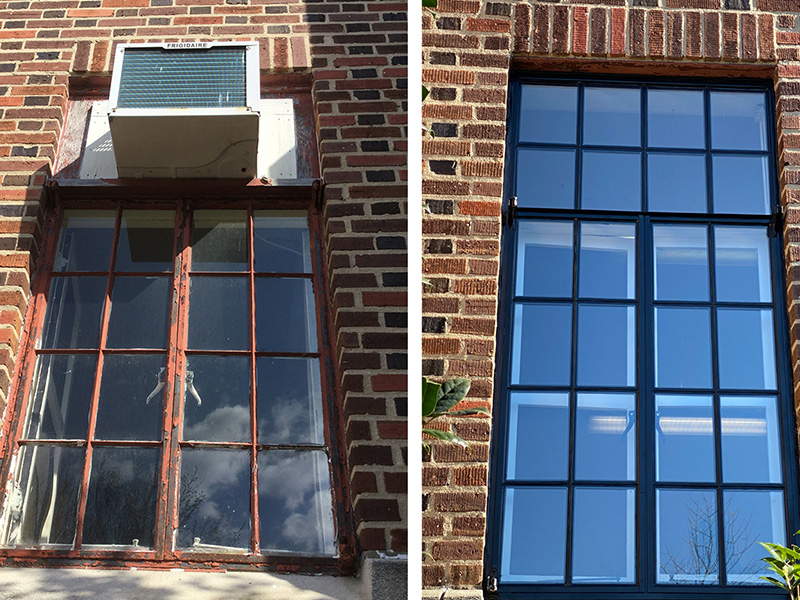 “This was a very intensive project. Our contractor, Architectural Window Restoration, carefully removed each window while being attentive to the surrounding masonry and building structure,” explains Margaret Enloe, Waterfowl Chesapeake’s Executive Director. “All twenty-eight windows were taken to AWR’s facilities where they were cleaned, structurally repaired, primed and painted. They even had to rebuild sections to make the windows fully close. Finally, to improve our energy efficiency, all the new glass is insulated. Every step of the process also met local historic district approvals, MHT’s standards and the Secretary of Interior’s Guidelines for Historic Preservation.”

The historic Easton armory, now referred to as the Waterfowl Building, was built in 1927 after several years of lobbying by local residents and elected officials. Its design was overseen by Robert Lawrence Harris, the state architect under the administration of Governor Albert C. Ritchie. While it’s primary function was to serve as a training facility for Maryland’s state militia, the armory’s drill hall, now called Festival Hall, also served as a community gathering place for everything from boxing matches and basketball games to flower shows, poultry exhibitions and art festivals over the decades. Waterfowl took ownership of the building in 1997, after a stint of ownership by the Maryland Department of Natural Resources and the Town of Easton.

“We are so grateful to MHT for recognizing the historic relevance of our building and its value to the community and to AWR for a stellar job,” concludes Executive Director Margaret Enloe. “Our hope is that the restored windows and frames will enhance the beauty of the space and encourage even more people to see us as a gathering place.”