Featured
November 23, 2021 by Jennifer Latham
0
A Virginia landscape architectural firm and a Midlothian family have helped to make a dream come true for an Annapolis, MD attorney and an Easton, MD woman whose respective families shared a unique vision for an iconic columbarium to be built on the grounds of Saints Peter and Paul Catholic Church in Easton on Maryland’s Eastern Shore.
On Friday, Oct. 29, that shared vision became a reality when the columbarium (a place of repose for cremated remains) and an adjoining cemetery were dedicated and blessed by Bishop William Koenig of the Wilmington Catholic Diocese at a public event that began with a service at the church on S. Washington Street. Visitors to the ceremony, which numbered more than 700, were able to tour the columbarium and cemetery, as well as a new family life center and a new high school building.
https://www.ssppeaston.org/columbarium___cemetery/flyover 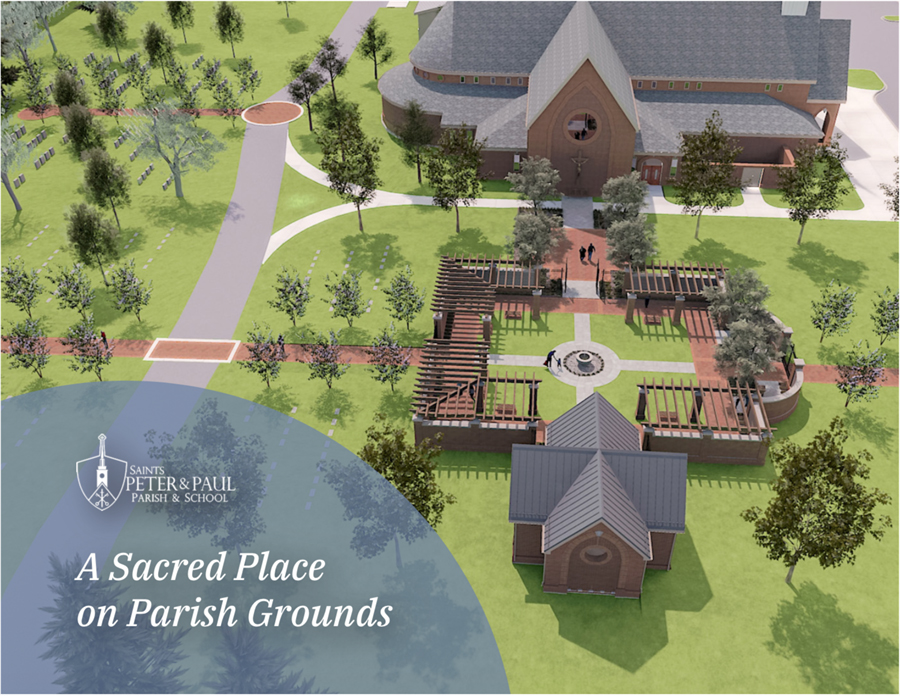