Arts
1 month ago by Jennifer Latham
0

On Sunday, October 2 the Chesapeake Film Festival will honor producer Catherine Wyler with a Woman of Impact Award as she honors her father, the legendary Hollywood director William Wyler.

Catherine Wyler is an independent producer of film and television, and a former executive at Columbia Pictures, PBS and the National Endowment for the Arts. Catherine produced the film she will present and discuss at the Chesapeake Film Festival (CFF). “Directed by William Wyler” explores her father’s life and career as one of Hollywood’s most accomplished directors, with three Academy Awards for Best Director and Best Picture. In all, he held a record 12 nominations from the Academy for Best Director. 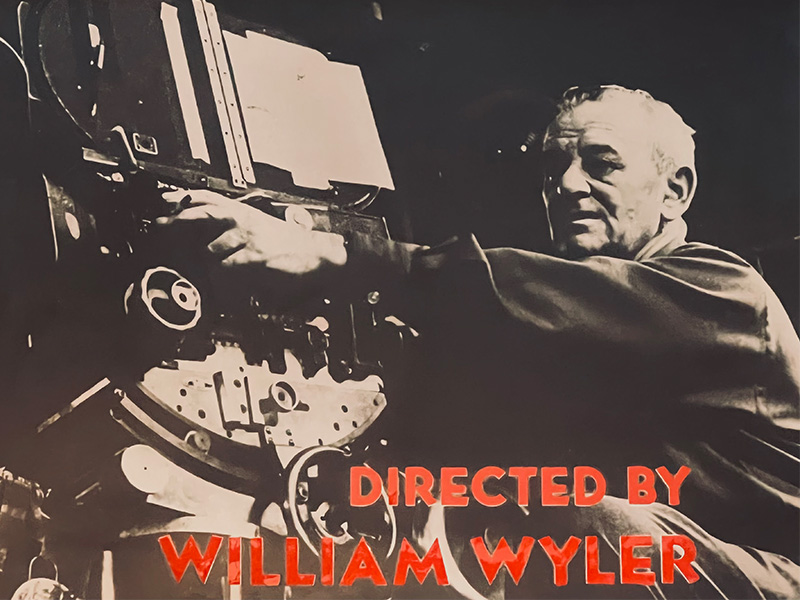 Catherine also was the executive producer of “The Cold Blue,” a film that director Erik Nelson painstakingly crafted from footage captured by her father during a combat mission on a B-17 bomber in WWII. William Wyler originally used the footage for his 1944 film, “Memphis Belle” about that mission. The footage ended up buried in the National Archives until it was uncovered and restored by Erik.

The Wyler afternoon begins at the newly restored Ebenezer Theater with “Roman Holiday,” a film William Wyler directed in 1953 that propelled the unknown Audrey Hepburn to stardom. The film, also starring Gregory Peck, is the light-hearted story of a princess who secretly leaves her country’s embassy in Rome for some “me” time. She ends up falling asleep on a bench and is discovered by an American reporter, played by Gregory Peck, who takes her on a free-spirited tour of Rome.

“We are so grateful to Paul and Joanne Prager and Bluepoint Hospitality for welcoming the Chesapeake Film Festival to their beautiful theater,” said Festival Director Cid Collins Walker. “Our audience will be as impressed with the venue as they are with the films by and about William Wyler.”

The magnificent Ebenezer Theater was built in 1856 for the Ebenezer Methodist Episcopal church. In the mid-20th century, it was sold and used as the headquarters of the Historical Society of Talbot Country. The Pragers bought it in 2014 and have transformed it into a state-of-the-art auditorium while maintaining its original features, including stained-glass windows and gothic arches and period wallpapers.

Tickets for Sunday, October 2 cost $25. This covers both films and the presentation and Q&A with Catherine Wyler. VIP tickets for $125 admit one person to the VIP reception on Friday, September 30, and all screenings in the live portion of the festival September 30 through October 2.